A Riveting Osprey Cam Has Hatched a Flourishing Human Community 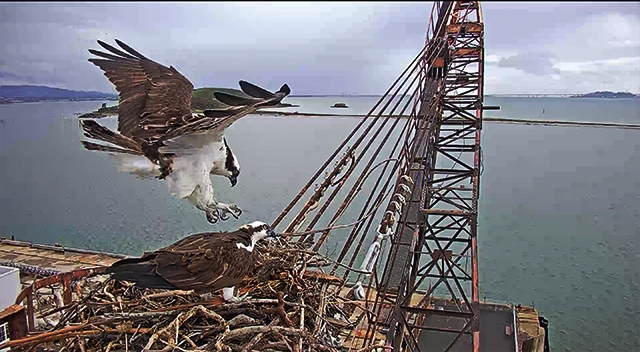 The live chat feature of the Golden Gate Audubon Society’s video cams at SFBayOspreys.org has captivated a bird-loving audience.

The Golden Gate Audubon Society’s video cameras are focused directly on an osprey nest atop the Whirley Crane in Richmond, and the response has been overwhelming.

There was no doubt that Brisa was a brat.

But then, she had to be. As the last laid, last hatched of the 2018 osprey brood, high atop the historic Whirley Crane in the Richmond shipyards, Brisa needed to haggle for food with her two older siblings, Roemer and Victory. Her progress was watched anxiously by those participating on the “live chat” section of the Golden Gate Audubon Society’s very popular osprey cams at SFBayOspreys.org.

The Audubon Society’s video cameras are focused directly on the osprey nest atop the Whirley Crane, and the group decided from the beginning to include a live chat feature to go along with the video feed, so that watchers could interact with each other and society members as they viewed. GGAS Executive Director Cindy Margulis said a producer working pro bono, John Ehrenfeld, had recommended implementing the live chat feature as the site was built, and it went online at the beginning of the 2017 nesting season. “We always wanted the cams surrounded by content that would allow people to learn, get inspired to help ospreys, and ask questions,” Margulis said.

But GGAS was amazed at the public enthusiasm and participation when the cams launched. In their first season, the cams drew more than 70,000 individual visitors. This “vindicated our premise,” said Margulis, that “gorgeous, charismatic birds are a great way to bring people together. Humans are naturally spellbound by the intimate view of a bird family in HD.” It helps, she added, that the “nest close-up” cam also features a stunning view across the San Francisco Bay.

Regular live chat participants began to include a wide variety of people, Margulis said, including Academy-award winning animators, university professors, entrepreneurs, biologists, artists, and teachers. “We also have devoted osprey fans who are homebound, mobility-impaired, and even some in hospice who are able to connect to the natural world and to other people daily through this project,” she said.

One of the benefits for GGAS is that these observers have become an important source of data about the ospreys’ behavior, including their nesting rituals and fishing abilities, which the society is using in various ways, such as sharing with classroom teachers for use in study projects.

Craig Griffeath, a musician and professor at Academy of Art University, read a newspaper story in March 2017 about the cams’ launch and decided to check out the site. “I couldn’t have picked an osprey out of a lineup before that,” he laughed.

But he quickly became hooked on watching the unfolding drama of osprey parents Rosie and Richmond laying, hatching, and raising their brood. “Rosie seemed so competent — she knew exactly what to do,” he said. “But to me, Richmond seemed kinda clueless, like a shallow young guy trying to learn fathering duties.”

He began watching the cams on his big-screen TV, and posted his first picture on live chat, of his cat sitting watching the screen, in late April 2017. As he became more connected, both to the cams and to the human community they were fostering, he evolved into being the group’s unofficial moderator. Like a number of the regular live chatters, his creative work was inspired by the ospreys, emerging as online memes, songs played by his several bands, and even sonnets. “I got my first notoriety on the chat making funny photomontages with our ospreys in them, which turned out to be a hit with the chatters, so I kept doing them,” he said.

Eventually, he gathered about 50 of them into a book, and created an album of his osprey music, Songs for an Osprey Afternoon. “Our little group of 30 to 50 ‘regulars’ during the high season is only a fraction of the people whose lives have been touched by the cam and the chat,” he said.

Griffeath noted that ospreys are known for their tendency to bring odd found items into their nests, and the 2017 chatters quickly noticed a purple plush toy snake decorating Rosie and Richmond’s roost and being slept on by the chicks. Dubbed “Snakey,” the object also became a subject of daily banter. After the ospreys left their nest for the season, Snakey was retrieved, cleaned up, and auctioned off to benefit GGAS, raising $1,200 for the society. “The live chatters have been creative and generous about fundraising, and we’ve earned new donors because of the outpouring of excitement,” said Margulis.

“I think it’s demonstrably true that we push each other to greater and more original achievements and perspectives than any of us would have normally accessed without the chat,” said Griffeath. He called the inspiration “chaotic and yet somehow very targeted lessons on nature and our own nature, and all the strange and wonderful ways they conspire in our life.”

In mid-June 2017, the live chatters met in person for the first time at a GGAS-sponsored event at Riggers Loft Wine Company in Richmond, close by the crane and nest. They met again several more times, concluding with an “Empty Nest” party in October. By that time, the group had bonded after experiencing the loss of the eldest fledgling, Whirley. Missing for three days and then found injured, she was taken to Marin WildCare. “The group pulled together and made substantial contributions to bring special equipment to the facility in a last-ditch attempt to save her, a very moving though ultimately unsuccessful action that brought everyone closer,” said Griffeath.

Robin Banks was one of those drawn in. Like Griffeath, she had initially visited the cams in 2017 after seeing a newspaper article. She had previously been interested in a bald eagle cam based in Washington, D.C., and said she found that watching the birds was a “safe haven, a way to get away from everything.” She became a regular visitor to the osprey cams and the live chat, which she enjoyed because it was not heavily monitored and regulated, and because of the varied, creative, and humorous daily contributions.

Not everyone, however, was amused. Banks related the story of one site visitor who complained about the supposed lack of discipline on the live chat and wrote, “You have a terrible moderator.” This resulted in Griffeath’s creation of cards proudly proclaiming the bearers as “World’s Worst Osprey Chatters.”

Banks has also been artistically inspired by the ospreys and the vistas from the cams, often recording the feed most of the day, then using it to create GIFs and YouTube videos. She noted that even with the nest empty, site visitors can see other birds, sailboats, and cargo ships and admire the ever-changing light on the bay. She has also truly enjoyed learning about the lives of other chatters and having the chance to meet them in person, she said.

Textile artist Dianne Ayres was also one of the live chatters from early on. A member of the Audubon Society, she had taken a “Birding 101” class, but she said that before watching the osprey cams, she “never really thought of a bird as an individual.”

When Rosie returned in 2017 and started to build the nest back up, Ayres watched regularly and became a member of the chatting group. “Now the live chat is one of my best friends,” she said. “It’s a wonderful group of people and an amazing learning experience.” Like Banks, she enjoys the fact that the chat group has been mostly self-moderating, with only politics as an embargoed subject, by consent.

The life cycle of the ospreys is mesmerizing. “We do realize it’s nature, and we can’t intervene … but you get emotionally tied, watching cute little fuzzy things turn into little dinosaurs, and then they emerge as these beautiful creatures,” she said.

Ayres has woven several osprey-inspired scarves that she’s donated to GGAS fundraisers, and she’s appreciated the opportunity to learn about creatively using technology from other live chatters. “I had never created a GIF before, and I now have [enhanced] Photoshop skills,” she said.

She’s participated in the “citizens’ science project” of counting and identifying the fish the ospreys bring to the nest. And she’s become fascinated by “The Rowboat Lady,” a woman who was first noticed by chatters as she rowed by on the bay while they were monitoring the nest — and now a regular source of discussion.

All three chatters eagerly awaited the March 2018 return of Rosie and Richmond to the nest. Male Richmond winters in the East Bay, but female Rosie migrates to Mexico or possibly Central America, said Margulis. When they reunited and renovated their Whirley Crane abode, all eyes were glued to the cams as three eggs were laid, all three hatchlings successfully emerged, and were then named, in order, male Roemer, male Victory, and finally female Brisa. Although adult female ospreys are considerably bigger than males, Brisa, as last hatched, had to play catch up with her brothers, including demanding and pushing for the fish her parents were bringing for the chicks to feast upon. Luckily, the chatters agreed, the brash Brisa was more than equal to the challenge, and they got to witness her determined squawking for survival. She might have been a brat, but she was their brat.

“My favorite moment on the cam this year was when the third fledgling, Brisa, flew for the first time,” said Margulis, explaining that some weeks earlier in the season, one of Brisa’s feet became entangled in a wad of ribbon. It was too dangerous for GGAS to intervene, yet the watchers didn’t know if she could disentangle herself.

“When she fledged for the first time, and used her feet to land just a short distance away, we could see there wasn’t a lasting injury,” said Margulis. Some osprey nests fledge three, or even four in a season, but all the live chatters knew it was very special to witness a fully successful cycle.

“I felt like my own heart was lifting off on those fledgling osprey wings,” said Margulis.

And she was far from the only one. 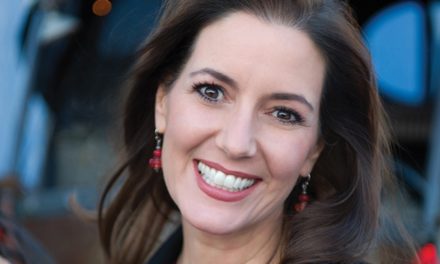 In the Mayor’s Race, Will Oakland Become the Next Boston? 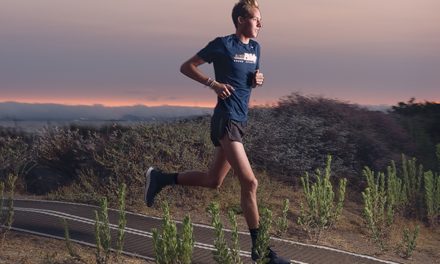 Cooper Teare Runs His Way to the Top 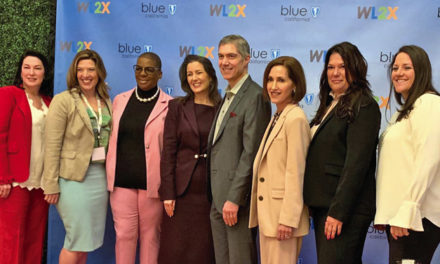 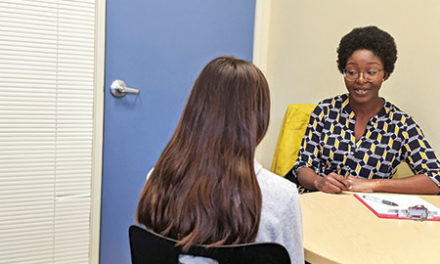