Aging as the Next Social Revolution 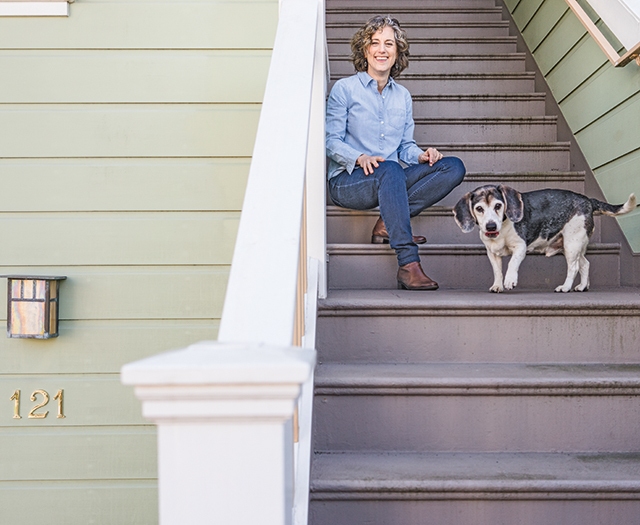 Louise Aronson, M.D., professor of geriatrics at UCSF, is promoting elderhood, a period starting between 60 and 70 years of age and lasting decades and striving to remove the negative values placed on being old.

Aging is the next social revolution we face in the United States, according to Louise Aronson, M.D., professor of geriatrics at UCSF. By 2030, all of the baby boomers will have surpassed age 65, and older people will outnumber children for the first time in U.S. history. “We are living longer, no question,” she explained. Today at 65, you can expect to live another 25 years; half will live beyond that. The prevalence of octogenarians, folks in their 80s, has increased almost 50 percent. After childhood and adulthood, most of us can expect to experience a third life phase, old age, or what the Harvard-trained Aronson calls elderhood, a period starting between 60 and 70 years of age and lasting decades.

In her new book, Elderhood: Redefining Aging, Transforming Medicine, Reimagining Life, Aronson, who has specialized in the care and treatment of the elderly for over 20 years, takes a deep dive into the process of aging with the aim to look at old age in a new way. She shares stories from her practice. She draws deeply on science and medicine, and looks at aging through a variety of lenses: history, anthropology, literature, and pop culture. She examines our current approach to old age and explores what we could do differently.

“We have to get over the negative values placed on being old,” said Aronson. “There can be huge benefits to this third phase. All phases of life have pros and cons; old age needs to be attended to in the same way. It can be so much better.”

Aronson is in her 50s and sits on the cusp of old age. Fit and trim and wearing casual pants and a sweater with a colorful beaded necklace and dangly earrings, it’s hard to pinpoint her age. She points to a few white-gray streaks at the crown of her head surrounded by soft brown curls that frame her face. After years of coloring, she’s decided to let her hair go gray, with some highlights to smooth the transition. “Aging is inevitable,” said Aronson. “We are better off embracing the process than fighting it.”

Advances in medicine have played a big part in our increased longevity. The 20th century brought huge progress in the diagnosis and treatment of older patients. Today, we are much better at treating acute diseases, like infections, heart attacks, and accidents. While these sorts of deaths still happen, now people are living much longer but often with chronic diseases, like diabetes, cardiovascular disease, and cancer. In her book, Aronson said that along the way, old age became “medicalized,” what she described as medicine waging a battle against death. She wants to look at how best to manage the transition to the unavoidable.

In medical care, ageism — strereotyping people because they are old — can lead to dangerous overtreatment and undertreatment, said Aronson. As with any patient, clinicians must evaluate how prescribing a medication or other intervention will help or potentially cause harm. Older bodies behave differently. The kidneys and liver processes alter. The brain changes. The risk of adverse side effects from drugs rises. And, it’s essential to consider what the patient wants and how the intervention will impact her quality of life, she added.

“We need to change how we approach old age. It’s happening, but there’s more to be done,” said Aronson. She pointed to the disproportionate way we train doctors. In residency, 40 percent of the patients a doctor will treat will be old, but she will spend just days to weeks training in geriatric specific care. And in the same way we have pediatricians, specialists who treat children, we need more old age specialists, said Aronson. According to the American Geriatrics Society, we have fewer than 7,000 certified geriatricians in the United States and older adult population of 49.2 million Americans and growing. While internist and other specialists can and do care for the elderly, the need for geriatric specialists is probably 10-fold — the demand far exceeds the supply.

“Dementia is one of everyone’s biggest fear with aging,” said Aronson, “and it does complicate everything in terms of care and daily living.” But she brings perspective to the fear. Age is a key risk factor, as 80 percent of people with dementia are over 75 years old. But most older adults don’t have dementia; only 14 percent of adults in their 70s do. “Prepare for the worst and hope for the best,” she said. “Accepting and coming to terms with the idea of dementia is not easy. The key is to live as well as you can.”

The elderly also fear becoming a burden. Again Aronson sees preparation essential to continued independence and happiness in old age. She recalled a patient whose apartment, which she’d lived in for decades and loved, was over 40 steps from street level. The climb made it inaccessible as she aged, and she became isolated. Maybe she could have moved to a street-level unit years before.

Getting exercise, eating well, and staying actively engaged with people and the world: These common recommendations are important to good health, said Aronson. Remarkably, it’s never too late to start, she added. The benefits of a healthy lifestyle come at any age, especially for the elderly.

“What defines successful aging depends on your vantage point,” she said. She struggles with placing old age in the binary of success and failure. “If you have reached old age, you are already a success.” She laughed. In health care terms, success means disease-free, good cognitive and physical function, and full engagement with life, she explained. For the old, it’s about independence, spirituality, comfort, coping, meaningful relationships, and contributions to society. There’s a difference. “A good attitude helps, but it’s one piece of a complex issue.” We need to think ahead as we age to take charge of our health, be active in the decision-making, and adapt to our environment. “Know what matters to you and be clear with others about your priorities.”

When asked what attracted her to geriatrics, Aronson smiled. As a doctor, she preferred primary care medicine, taking care of the whole person. She often met with her patients in their homes; she made house calls. And she was stimulated by the complexities of treating the elderly who often have multiple medical problems. But when she thinks about what led her down the path to becoming an expert in geriatric medicine, she said it comes down to stories. “I’ve always loved stories,” said Aronson. “Older people are endlessly interesting. They have lived more life and had more experiences. They have the greatest stories.” 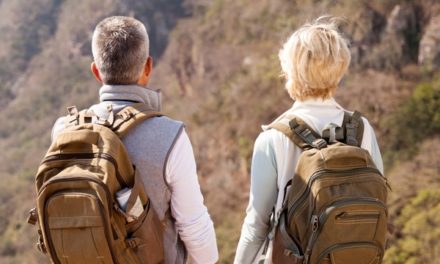 Life With a Discount 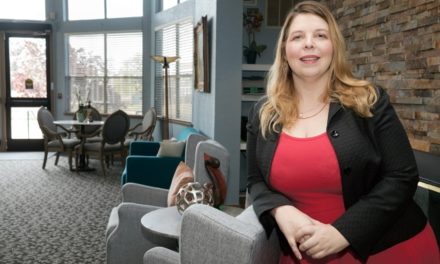 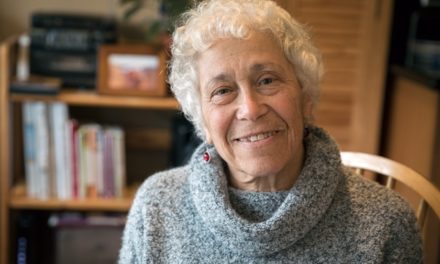 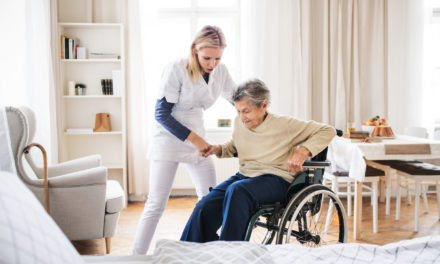