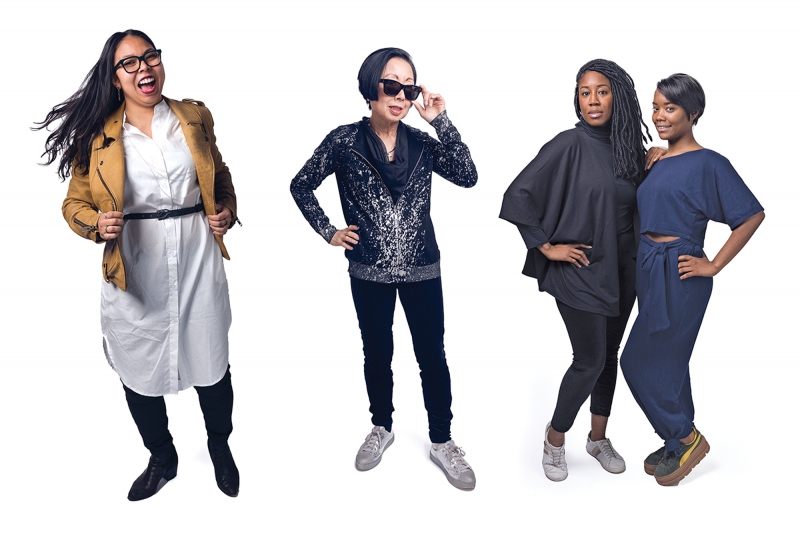 Back in 2014, an issue of The New York Times included a brief feature on Street Style in Oakland. The accompanying video featured a few Oakland citizens, primarily in the Grand Lake neighborhood, showing off their individual style and expressing what Oakland meant to them. Although so much has changed in the four years since that piece was published, one thing remains constant:

For style in the East Bay, the general feeling is anything goes.

Each neighborhood in Oakland, Berkeley, and beyond, has its own flavor and culture that ultimately add to the exciting commingling of cultures that make the East Bay unique — in more ways than just style. New restaurants, shops, salons, bars, clubs, and the ever-growing expense of living in San Francisco, have helped to open the definition of what it means to be a citizen of the East Bay and broaden the nature of what one wears. On a sunny weekend day at Lake Merritt, you may pass by any number of stylish groups: young tech workers with their understated normcore gear; hardcore bicyclists and skateboarders in their hooded sweatshirts, pins, and patches; upscale families dressed in casual but pricey clothing, freewheeling participants of the weekly drum circle; teenagers embracing unisex styles, and much more, from the ultra-casual to the not-a-hair-out-place Instagram-ready men and women poised to pose as fashionistas.

What better way to get a bead on what style is in the East Bay than by talking to the people who make it happen — the local business owners who keep their clients well-dressed by being well-versed in and on the cutting edge of current style trends.

Ari Takata-Vasquez, owner of Viscera, a clothing boutique and 3-D jewelry printing studio in Oakland’s Uptown district, brings her background in architecture and urban design to her sleek, contemporary space where she has observed that style has “become more extreme in both directions.”

Of late, Takata-Vasquez has noticed “a lot of bold, chunky prints on one end and a lot of tactile muted-texture layering on the other.” The store, which tends toward the limited color palette that’s reflected in many minimalist less-is-more style blogs, has customers who “come in for a full monochrome wardrobe who keep the colors the same but change up cuts and silhouettes.” But there’s also a contingent of folks, she said, who “love our basics and core pieces to pair with wilder statement pieces in their closet.” Takata-Vasquez said such wilder vintage pieces may be coming from stores like Pretty Penny on College Avenue or Mercy on Piedmont Avenue. Takata-Vasquez suggested that the normcore movement, which rose out of the tech boom and put unremarkable and downright unfashionable fashion front and center, isn’t necessarily “dying out, but it’s evolving. The people who loved normcore are getting bored now and want to venture out.” And though Takata-Vasquez is convinced those beloved skinny jeans will likely be in for a long while, she has noticed the past year’s fashion week strayed away from tight body-con styles. Instead, customers are moving more “toward looser-fitting and flowing styles.”

“What is wonderful about East Bay style is that it isn’t just one thing,” she said. “This area embraces many people, and the styles I see on the streets reflect that.”

Her customers, she remarked, prefer things that are comfortable, versatile, well made, and constructed from natural fibers. That doesn’t mean boring, though.

“People are looking for interesting details and unique prints, and many of the local designers are delivering just that,” she said.

Local designers may be the driving force among the East Bay’s style trends. Taylor Jay, designer and owner of the Taylor Jay Collection — she shares space with Oakland institution SoleSpace — remarked, “I believe what makes the East Bay style great and unique is the individual style that each person owns — also, the ability to mix old with the new and not necessarily waiting for the trends but creating a lane that is ours.”

Individuality is key. “The person wearing the garment adds the flavor it needs depending on the occasion. I think fashion in the Bay Area has grown in the last five years, because people are becoming more comfortable with their body types, and by doing this, they are able to explore new styles, silhouettes, textures, prints, and bold color palettes,” Jay said.

Jay’s clients are loyal, as are those of such local designers as Elaine Hamblin at Kosa Arts, Mira Blackman, Haley Tucker of Only Child Clothing, as well as Kamilah Richardson’s Rich and Riot, all of whom favor natural fabrics and easy-to-wear designs that can be dressed up or down, depending on needs and preferences.

Add that to the popularity of vintage shops, and it’s evident the East Bay is starting to rebel against the fast-fashion trends that have reigned for so long, Jay said. Beyond that, Jay said, the generally season-less weather in the Bay Area means it’s possible to take bigger fashion risks, without hiding everything under a coat, so local designers aren’t beholden to typical production seasons and trends.

Joyce Gardner, owner of high-end women’s boutique FIT on College Avenue, caters to a more distinguished woman. Gardner said when she first opened the store 15 years ago, her customers were seeking “polished professional clothes.” Now, however, “they want more casual clothes,” which has led Gardner to carry more “hand-painted and hand-screened tops.” These elements fit into her general ethos of “buy less and buy better.”

This mantra of “fewer, better things” is evident on the national level, too, and is cultivated not only by Gardner at FIT, but also at stores like Grand Avenue’s McMullen, Atomic Garden on College Avenue, Fourth Street’s Erica Tanov, and many more whose wares may seem spendy but will ultimately last longer and offer a timelessness that will be a benefit to one’s wallet in the long run.

Of East Bay style, Gardner quipped, “I always thought a great header for a style article would be ‘Is There Style in the East Bay?’ ”

To be honest, hers is a fair question in any attempt to define a particular, specific style within the East Bay. That’s an impossible task, as style here is as eclectic as its citizens, which is what keeps the East Bay exciting for all those who wish to express their personal style without feeling the need to conform to any one style of dress or expression. 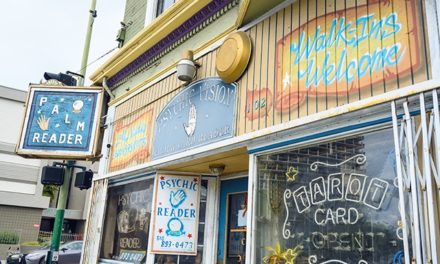 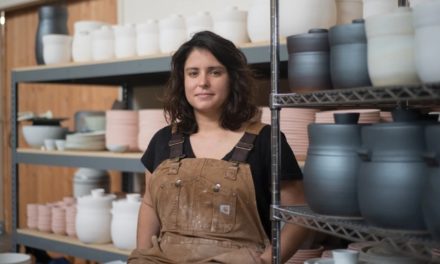 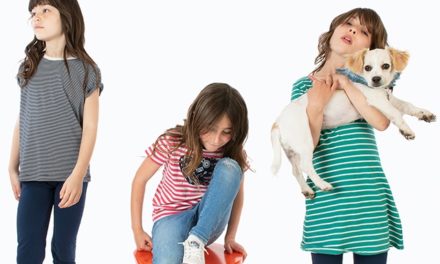 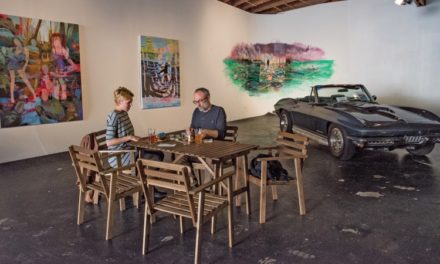 Inside KoNo and Pill Hill