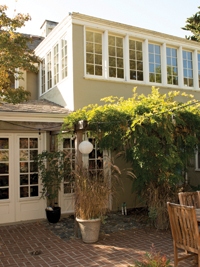 HOME: The property is a 6-bedroom, 4.5-bathroom, 3-story, 4,500-square-foot Prairie Style Craftsman home built in 1918 with an au pair suite and charming gardens.

When Lorae and Mark Batzdorf decided they wanted to make a move from their Montclair home to something in walk-friendly Berkeley, “bones, books, boredom, and bikes” were on their minds.

“We thought let’s find someplace that has great schools and a great walk score and great bones,” says Lorae. Mark and Lorae had both grown up in historic Los Angeles homes, and their contemporary Montclair home was lacking the architectural detail they craved.

Mere days before Galen was born, the Batzdorfs had moved into their Montclair home—a contemporary built in the 1980s. “Galen was born Wednesday; two days later, I graduated from medical school, and that weekend we moved into the house; I started my internship six weeks later,” says Lorae.

The length of the drive to her internship at Oakland’s Highland Hospital was of primary concern; Lorae’s cousin had fallen asleep at the wheel on the way home from a medical internship. She was gravely injured but survived. With a baby at home, the Batzdorfs weren’t taking any chances. And they liked the neighborhood.

“Initially when we moved to Montclair, it was a very idyllic place to start a family,” says Lorae. “On the weekend you see numerous strollers and tots on bikes.”

But after she finished at Highland, there was a stretch at Kaiser Richmond and eventually a few years on sabbatical in Germany. The family no longer needed to be less than 10 minutes away from her work. And teenaged Galen, sister to a younger brother, started to crave a little more variety than the cozy, low walk score Montclair neighborhood offered.

One more factor that influenced the family’s thoughts on moving was Galen’s upcoming transition from junior to senior high. She was at a prestigious but pricey private school. Did they want to keep paying through the nose for both her and her brother Julian’s educations? Why not move to a district with an excellent public high school?

They started with open houses, looking in Piedmont and then targeting Berkeley. With Sotheby’s real estate agent Nahid Nassari’s help, they started to look half seriously in late 2011. After all, their Montclair house wasn’t even on the market yet.

But then they found something they liked—a house just below the Claremont Hotel. They made an offer that the sellers refused, holding out for more.

The they found the one. A few doors down from that first home, a 1918 Grand Prairie home with coved ceilings, glass doorknobs, brass hardware. Every detail was elegant, and the house was move-in-ready. The house only had one open house showing, and the selling agent was accepting no early bird offers. The Batzdorfs made an offer and they hit the magic number. Expecting a counter offer, they were pleasantly surprised that the sellers had just one request: that they be allowed to stay in the house till Jan. 1.

No problem since, the Batzdorfs then had two homes. And, totally accidentally, they managed to hit the market just right. Their Berkeley offer was accepted right before the market started its latest boom; and their Montclair home sold six months later for far more than they initially imagined it would.

And while their new home has far less outdoor space than their previous one, Lorae says the garden is the best discovery about the new home. “It’s like watching a fireworks display during the daytime. The person who planted it knew their botany,” she says. “When something’s dying, something is blooming. You can open your windows and see Shangri-La.”

And the best thing is that when her kids say they’re bored, Lorae can let them loose to walk over to the John Muir School field or down to college or over to the Claremont. No more, “Mom, I’m bored. Drive me somewhere.”

This article appears in the December 2013 issue of Oakland Magazine 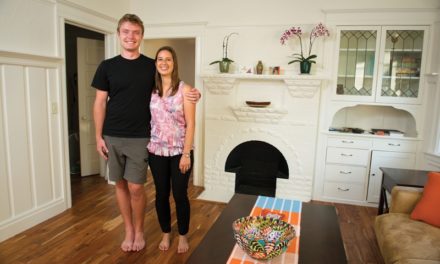 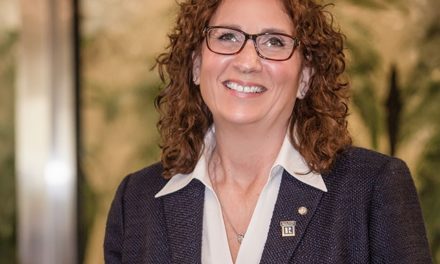 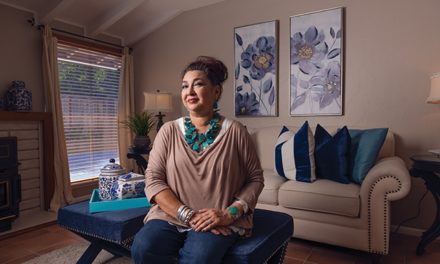