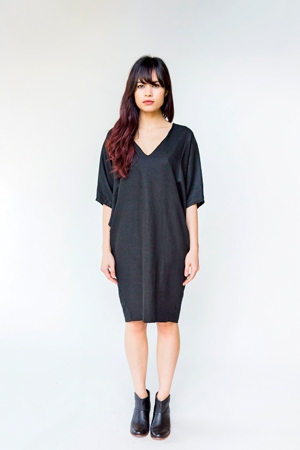 If you ask Jaime Levine, owner of Dandelion Post in Oakland’s Temescal neighborhood, if she ever had any plans to open her shop, which carries a range of women’s wear, accessories, and apothecary, anywhere else in the Bay Area, she’ll tell you, “I never considered anywhere but Oakland.” The longtime Oakland resident (12 years and counting), said she “wanted to feel like I was part of the community that I live in,” and, more importantly she noted, “This city needs more retail, because most people spend their money outside the city [Oakland], which affects our local economy.”

Levine considered other places within Oakland to situate Dandelion Post, but “ultimately decided on Temescal, because I think the district has a lot of potential growth.” Plus, she’s local to that hood. The store’s unique name pays homage to that familiar yellow flower, which, though considered a weed, expresses an air of comfort and warmth.

In keeping with her commitment to supporting the local retail environment, Levine is steadfast about stocking Dandelion Post with local brands, such as Only Child clothing, Ginger, and Field Day; as well as farther-flung but still small makers like Make it Good Apparel, Loup NYC, San Francisco designer Jenny Lemons, and Canadian designer Eve Gravel. This gives Levine, via Dandelion Post, the opportunity to give “local brands a place to showcase their work.”

Of her stock, Levine said she is “constantly striving to get the right mix of products. It’s the part of this job I love the most, because it’s a giant puzzle that is always changing as fashion changes and my own personal tastes change. Nothing enters the store that I don’t like on some level.”

But she quickly added that she’s not buying solely for herself. She does pay attention, as any good business owner would, to what customers are buying—and what they’re asking for that she doesn’t have. She also said she throws “in some wild cards to keep things fresh.” Levine mainly buys from indie brands, because it’s easier to know who is making those products and the conditions in which they were made. That fits in with a growing trend of mindful, ethical shopping.

Dandelion Post plans to expand its footwear offerings this year and will also start carrying swimwear. Levine said she will also host more designer pop-ups at the store, and a special anniversary event is planned for June 16 when the store will mark its third year.

What a Concept: Concept Forty-Seven

Before opening Concept Forty-Seven, owner Stevonne Ratliff maintained an online store for her own line of beauty products. When Ratliff relocated from LA, the South Bay-born-and-raised businesswoman “knew very little about the East Bay” and wasn’t initially looking to set up a storefront. She happened to be walking down Telegraph Avenue and stumbled upon a moving sale sign in the window of her current location, at 4727 Telegraph in Oakland. Ratliff immediately appreciated the creativity and diversity that permeates the Temescal district; it reminds her of the neighborhood she “loved in Los Angeles, with friendly, community-minded residents.”

Her store carries a range of products such as health and beauty concoctions from Ratliff’s Beija-Flor Naturals line, jewelry, new and vintage clothing, home goods, and much, much more. Much of the store’s inventory is sourced locally around the Bay Area. “There are so many talented makers in the Bay Area—the best of anything a shop would want can be sourced locally,” she said. “It’s nice to know my suppliers on a personal basis . . . knowing the humans behind the products is also an advantage in the sales of goods.”

Ratliff noted that 20 percent of the makers whose products she carries come from black-owned businesses outside the area and “other dope stuff that I run across.” Ratliff defines herself as a “frugal minimalist” who “prefers a no-fuss experience” when shopping, and thus she has eschewed any perception of luxury and high price. Instead, she prefers to stock reasonably priced and unique goods. Ratliff said she knows there’s an art to curating and thrives on carrying brands that no one else has. And her Beija-Flor Naturals line—with products like chai-infused coconut oil and an Amazon antioxidant mask with green tea and açaí—is the showstopper.

Ratliff said this year she will expand the store’s vintage clothing offerings and is hoping to bring back monthly art shows for First Friday. But, the most exciting news is a possible expansion of the space this spring or summer. Until then, Concept Forty-Seven is waiting for your visit. Stop in at 4727 Telegraph Ave., Oakland, 1-9 p.m., or online at ConceptFortyseven.com

In sad news, Jack London Square’s Jack of All Trades Market ended its run at the end of 2017. Created and operated by Bay Area entrepreneurial family—Chelsea, Charlie, and Angie Ansanelli—Jack of All Trades ran 2014-2017 on the second Saturday of every month and began as an affordable opportunity for local artists and entrepreneurs to showcase and sell their work. However, as Charlie Ansanelli Jr. said, “It was not an easy choice to end [Jack of All Trades] . . . it was a good market with a good level of attendance, but we cancelled the market so we can grow our business in 2018.”

“We’re taking one big step back to re-align our goals, our mission, and grow our team so we can take three big steps forward,” he said.

While ending Jack of All Trades was a difficult decision for the family to make, the members are very excited about growing TreasureFest.

“We would like to bring the TreasureFest experience to other areas around the Bay,” Charlie Ansanelli Jr. said,

In the meantime, if you missed the first TreasureFest of 2018, which had a seasonal Valentine’s theme, you can catch it again March 24-25, when the theme will be Easter. Entrance is $3, and it’s a family affair—even pets are welcome. Keep tabs on TreasureFest at TreasureFest.com

Do you have East Bay retail news to share, including openings, expansions, trunk shows, sales, or other in-store events? Email news to the editor at [email protected] 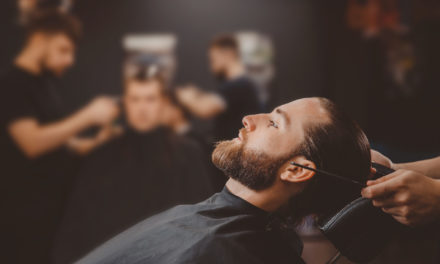 Top 5 Best Barbershops in Oakland and the East Bay 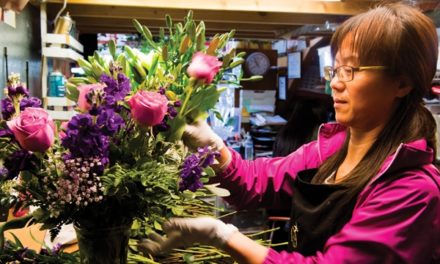 Hanging Out on Park Boulevard 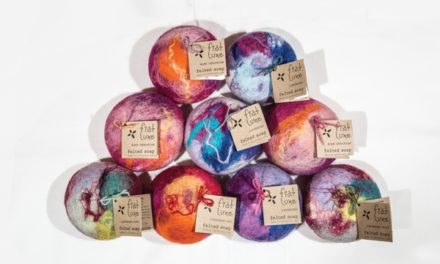 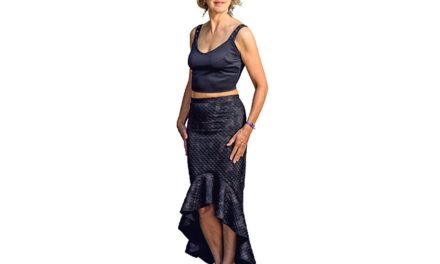