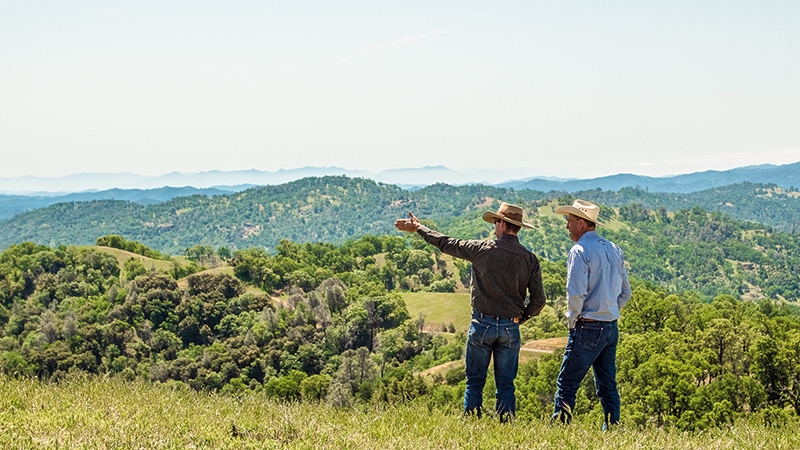 A coalition of nonprofits and public agencies are working to acquire one of the largest private properties in California.

Anyone who’s flown out of Oakland airport has seen it: an enormous swath of pristine, rugged open space south of Livermore that stretches unimpeded for miles along the Diablo range. Gazing out an airplane window — the closest most people can get to the oak-covered property — one wonders, what is it?

It’s the N3 ranch, 80 square miles, one of the largest private properties in California. And it’s for sale.

Why is it important to save this land? Generally speaking, the more land we protect from destruction, the better chance we have of adapting to and mitigating the effects of climate change. We need to give nature the space it needs to heal and thrive. Specifically to the N3 Ranch, this is an opportunity to protect and study important wildlife habitat as well as potentially create new parks for people. It’s really an exciting opportunity because it’s so large.

“There is nothing else like it. There are parts of it that have never been grazed or altered by humans. It’s an absolutely fantastic natural resource,” said Norman La Force, chair of the East Bay chapter of the Sierra Club’s public lands committee. “As far as conservation opportunities, I can’t think of anything that would rival it.”

A coalition of nonprofits and public agencies is working to acquire the land, which went on the market last summer after 85 years as a family-owned cattle ranch. At $72 million, the N3 ranch includes a smattering of outbuildings and hunting cabins, a ranch house, and not much else — except 50,500 acres of oak woodlands and meadows, creeks and ponds, rock outcroppings, and a peak that’s higher than Mount Diablo.

The owners, the Naftzger family, have been in the ranching business for more than 130 years and own ranches throughout the West. Their holdings have included Santa Rosa Island off the coast of Santa Barbara, before it became a national park in the 1990s.

The N3 ranch started as a 20,000-acre parcel purchased by Clara Vickers Naftzger in the 1930s, and the family gradually added to it over the generations, purchasing adjacent properties as they became available. The current owners, Naftzger’s granddaughters, decided to sell it last summer in the wake of their parents’ deaths. No matter who buys the land, the Naftzgers hope to see it preserved as open space, said their real estate agent, Todd Renfrew.

The Nature Conservancy, the Trust for Public Land, the Alameda County Water District, and the East Bay Regional Park District are reportedly among the groups trying to negotiate a deal to jointly — or individually — buy the property, which is critical habitat for a gamut of rare species, a habitat corridor for native wildlife, and an important part of the East Bay’s watershed.

The N3 ranch — named for the first initials of owners’ three daughters — is not an island amid suburban sprawl. It’s part of a patchwork of massive open-space parcels, including the Ohlone Regional Wilderness, private ranches and watershed property owned by the San Francisco Public Utilities Commission.

If the N3 ranch becomes public property, it will help form an almost continuous string of accessible open space between Livermore and Mount Hamilton, potentially opening up miles of hiking, biking, and camping opportunities.

“It’s the opportunity of a lifetime,” said Ayn Weiskamp, an East Bay Regional Park director who represents the Livermore area. “To acquire this would be a dream. It’s hard to say right now how the land would be managed, but I think the priority right now is to save it. Think of the future, but protect it now.”

Saving the N3 ranch from development is urgent, she said, especially as the region becomes increasingly choked with sprawl and traffic. More homes on the suburban fringe are not what the East Bay needs, she said.

But the deal is far from complete, and it’s complicated by the ranch being within four counties: Alameda, Santa Clara, San Joaquin, and Stanislaus, each with its own zoning and property laws. The East Bay Regional Park District is also hampered by its own bylaws, which limits acquisitions to Alameda and Contra Costa counties.

“Purchasing a property this large and complex is a big undertaking,” said Annie Burke, executive director of the Bay Area Open Space Council. “A lot of people from different nonprofits, public agencies, and private foundations have to work together in a pretty short amount of time, with significant amounts of money being negotiated. While I can’t predict if it’s going to happen, I’d say that the Bay Area conservation community is totally capable of doing it.”

The ranch owners are hopeful the land will be preserved. Although they never lived on the property, it was a favorite retreat for their father as well as generations of families who visited the hunting cabins, Renfrew said.

“There’s so many memories,” he said. “It’s just a very special place.” 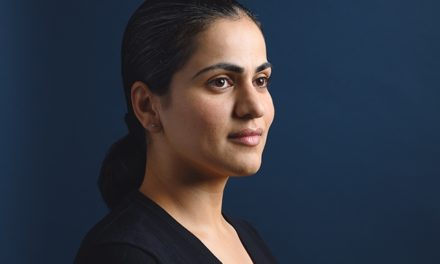 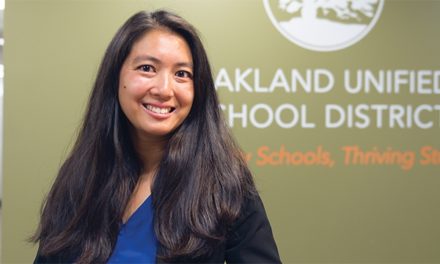 Can Oakland Unified Fix Its Finances? 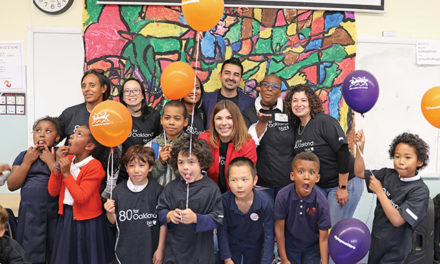 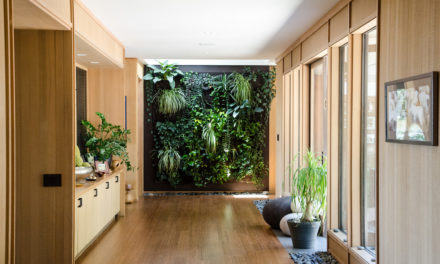 The Test of Time: Taking a look at a LEED Platinum home, 10 years later