Go Ahead and Declutter 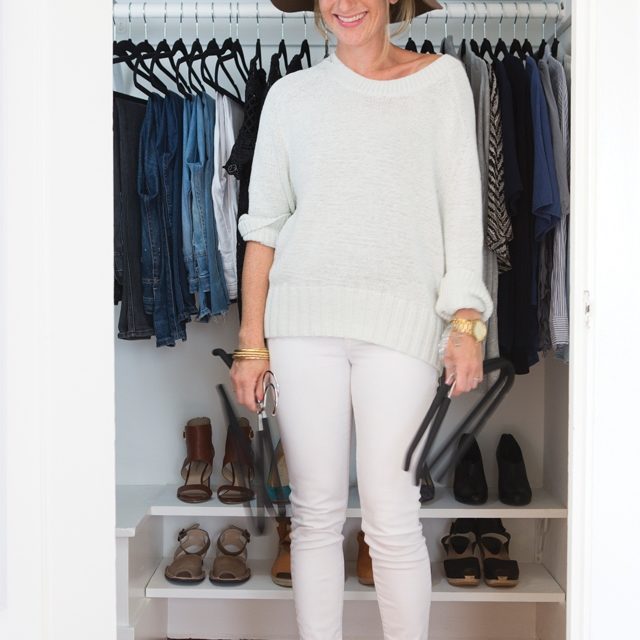 Shira Gill has a knack for organization and style.

Professional organizer Shira Gill helps clients live well with less by getting them to shed their stuff.

Observant guests who walk into Shira Gill’s small but immaculate Berkeley home instantly notice there’s no grime, no dust, no clutter. The white rugs, white walls, and white bedspreads are just that—white. And that’s even with two girls, ages 4 and 6.

“People see my home or my website [www.ShiraGill.com] and they just say, ‘I want that,’ ” the 38-year-old professional organizer and stylist said. And for the last seven years, long before The Life-Changing Magic of Tidying Up: The Japanese Art of Decluttering and Organizing by Marie Kondo came out, that’s what Gill has been giving them. The price tag ranges from $275 to $1,575, depending on how long she stays and what you would like done

“My motto is ‘Living well with less,’ ” Gill said. “I’m a minimalist. I won’t work with people who aren’t willing to get rid of a lot of their stuff.” Her clients end up donating most of their hand-me-downs to the Oakland nonprofit, Winning Situation Inc., which distributes the clothes, furniture, and electronics to about 50 Bay Area agencies.

For Ariana Pritchett, a graphic designer in Oakland who spent nearly $800 for Gill to comb through her three closets, the money was well worth it. Perhaps her husband, who was skeptical about the fee and the effort, said it best: “I never thought I cared,” he told his wife. “And now, going in my closet, it’s so … well, nice.” Pritchett said her son actually got a playroom out of the cleaning-closet ordeal because of the new space created. “It’s more than decluttering,” she said. “It improved our house.” And dozens of Yelp reviewers agree. The first 20 or so posts all rave about Gill’s “witchcraft,” as one online review put it.

Gill said she finds her work thrilling, not just because she can espouse her minimalism to others, but she’s actually seen her less-is-more attitude change lives. A divorced man once called her to say he was paralyzed after his wife cheated on him and his marriage fell apart. He had all this frilly, pink stuff at his home where he lived with his sons, and his ex-wife’s haunting presence was suffocating him. Gill came in, threw away much of the past, reorganized, and helped him buy a few things, like a manly table from Restoration Hardware. He contacted her afterward to compliment her work and say that he was dating again.

Not that her work doesn’t have its downsides. Like cat urine. Lots of it. Soaked into rugs. Sprayed in back closets. And then there’s the dust bunnies. The bad smells and bugs. Hairballs. And other people’s gook. But that just comes with the job, which she performs in her typically cute outfits, Scandinavian blues and crisp white shirts and boots. As for working with serial hoarders, Gill said she politely declines. “I tell them that this goes beyond the scope of what I can do,” she said.

Gill said her Berkeley-hippie parents taught her not to pay homage to material things. But she really got a sense of what it means to live sparsely while traveling in Europe, seeing how people in England, Spain, and Italy lived with so little and seemed so happy.

After she returned to the United States, she began working in Los Angeles as a casting manger in the 2000s, armed with a theater degree from UC Santa Cruz. She loved cleaning out her colleagues’ closets and rearranging their stage clothes. In 2005, she moved back to Berkeley. While she was pregnant, she was wondering how she would keep up the actor’s lifestyle. A friend suggested she put her organizational skills, and her eye for design, to work. She snapped some photos of her spotless home, put together some artful postcards, spread them out at the pediatrician’s office, and had 10 clients by the end of the week. She insists she doesn’t have obsessive compulsive disorder, but she does acknowledge her friends mess around with her sense of order by tilting her pictures at slight angles to see if that will set her off. To be fair, she allows guests in her home to wear shoes, and she only sometimes “futzes” with her young daughters’ bedspreads if they’re not perfectly made.

Almost a decade later, Gill is turning away clients and even branching out into lifestyle coaching workshops. “I can’t keep up with the demand,” she said. She could take on more, but chooses to work with one client a day, and up to five a week, so that she can find a work-life balance that fits with her family. “I feel like I’ve invented the perfect career,” she said, “that mixes my creativity, love of people, and the orderly.” 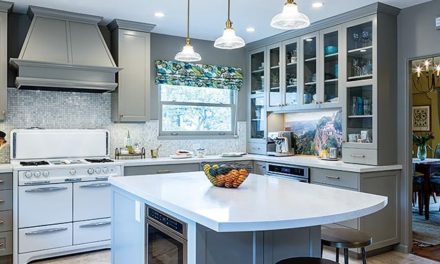 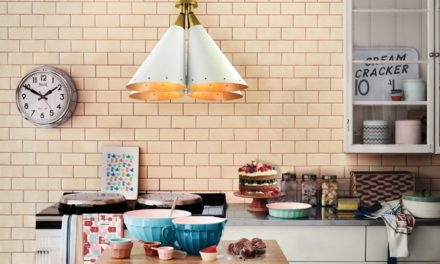 Don’t Be Afraid to Mix Metal Types in the Home 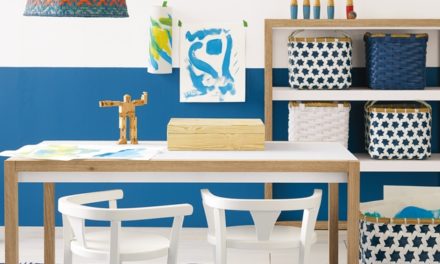 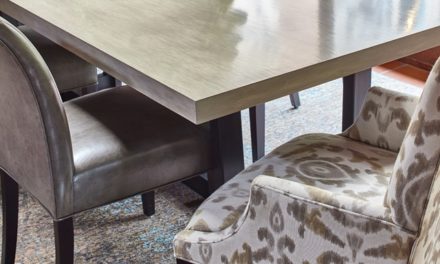 Fabrics Made for the Outdoors Move Indoors