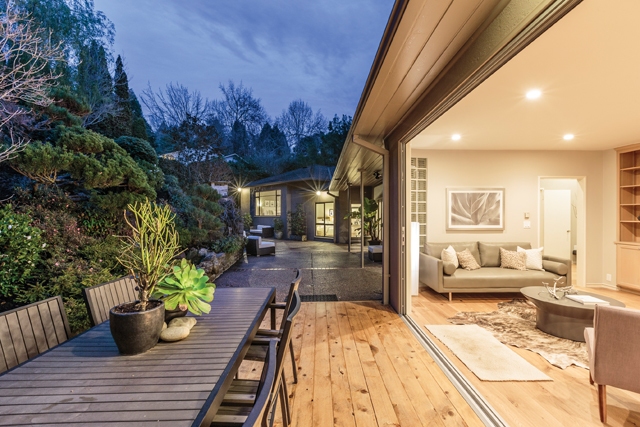 The Kolb House is a study in Elegance and 21st-century sophistication.

Contemporary yet timeless, harmonious and sophisticated, describe this Japanese-inspired gem in Piedmont

With its sweeping double staircase entry, Asian-inspired architecture, and Art Deco entryway, the Kolb House presents harmonious proportions and a sophisticated, timeless faáade to the outside world.

Step inside, however, and the early-midcentury architecture has undergone a decidedly contemporary’yet timeless’reset. It has been refreshed with natural, updated materials like European oak plank flooring, NanaWalls, and a calm color palette throughout. The home’s expansive windows and folding doors flood the interiors with light, opening onto a serene Japanese landscape to integrate interior and exterior.

‘This is a home that transports you to a time of elegance and sophisticated living,’ says Rick Richetta, listing agent with luxury real estate brokerage firm Alain Pinel Realtors. ‘The updates bring it into the 21st century, with luxury amenities and exquisite craftsmanship.’

Positioned in the curve of the street at 2 Lexford Road, the Kolb House sits on more than a quarter acre of tony Piedmont real estate. Yet the expansive four-bedroom, five bathroom, 4,100-square-foot home belies its overall size, blending into its surroundings set among a mature, Asian-influenced landscape.

Built for Oakland physician Harrison Kolb and his wife, avid collectors of Asian art, the Kolb House was designed to showcase their collection in a gallery-like setting. Kolb hired architect Irwin Johnson’notable for Oakland’s Salvation Army Building, San Leandro’s City Hall, and Justice Earl Warren’s private home’to design the home, completed in December 1941, just days before the attack on Pearl Harbor. Cast metal hardware and knobs were custom designed for the home’s portals and reflect the owners’ affinity for Far East design. The Kolb House also became a regular meeting space for his and Mrs. Kolb’s civic activities, including the Piedmont’s Women’s League.

Steve Chan of JE Green Solutions purchased the property in 2014 and immediately set upon its restoration. Working with area specialist, architect Carolyn Van Lang, Chan added a bedroom and another full bath without changing the home’s original footprint. Several interior walls were removed to modernize the space and improve the flow inside and out; however, the original design was assiduously respected.

‘We paid close attention to preserving the home’s distinctive and unique architectural elements, like the custom doorknobs and metal work in the entry,’ Chan says. ‘This home has a pedigree.’

As part of architect Van Lang’s ‘endless room’ approach, the home’s eat-in kitchen flows from living areas and outdoors. At the center of the gleaming, stainless steel gourmet kitchen, a substantial, yet minimalist Calcutta quartz island is surrounded by European black walnut cabinetry and plenty of counter space. Appointed with Theramador appliances and a state-of-the-art six-burner oven and steam convection oven, the kitchen is designed for the serious cook.

Chan was conscientious in maintaining the sense of refined craftsmanship throughout the house. Chan and Van Lang turned to San Francisco’s 68-year old Heath Ceramics for custom tiles used throughout the home. Adding texture and nuanced color palette, the custom-designed tiles were used on almost every vertical surface in the kitchen and bathrooms, unifying the home’s soothing neutrals and adding visual interest.

Modernization also included updates to infrastructure, including new wiring, copper piping, tankless water heaters, and new sewer connections. Nest thermostats and modern windows add a layer of technology and energy efficiency to the 75-year-old home. A folding NanaWall opens the living room to the home’s expansive patio, surrounded by fully developed gardens and a built-in outdoor fireplace. A beautifully envisioned sanctuary, the patio is a serene and private space.

‘The expansive layout of each room in the house evokes a gallery, as was intended,’ Richetta says. ‘This is the perfect home for a patron of the arts.’

Extras: 2 bonus rooms and a library 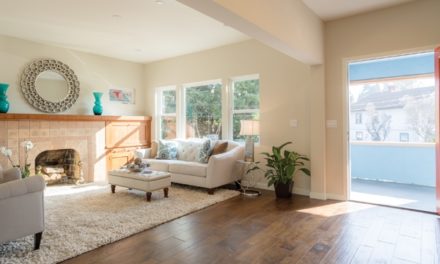 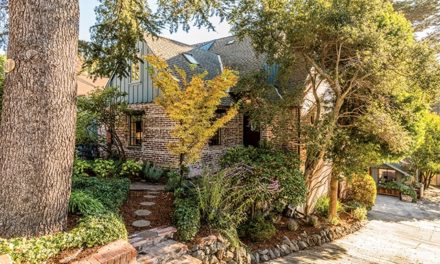 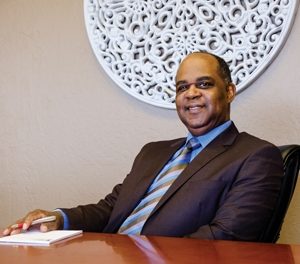 Six Simple Steps to Preparing Your Home for Sale 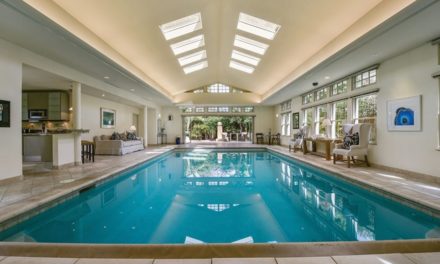