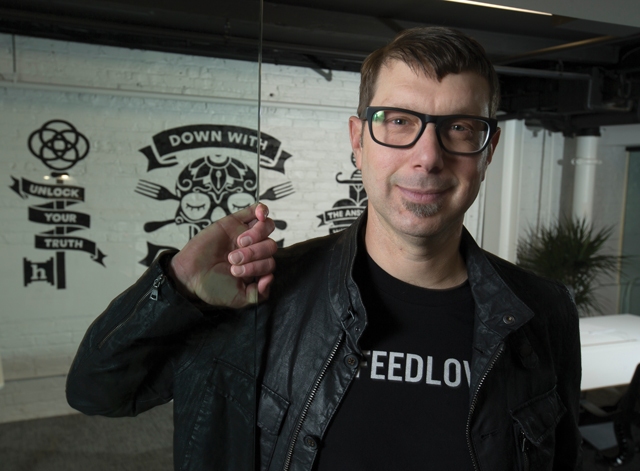 An Oakland start-up creates a unique diet plan from a swab of DNA, a few drops of blood, and some vital stats.

Neil Grimmer, founder and CEO of Oakland startup Habit, is intense and passionate, especially when it comes to food. Growing up in upstate New York, Grimmer, now 46, described his teenage self as a mildly militant vegan and animal rights activist. “I’ve always seen the power of food,” he said. “Back then, mealtime was like a miniprotest. Food was political for me, the idea that every food choice I made was a statement about my values and how I wanted to live my life.”

Grimmer moved to the Bay Area in his 20s for the music, not the food; he was the bass player in a punk rock band. From there, he became an Ironman triathlete, and food became purely functional, fuel for his body, as he pursued the extreme sport. He weighed and measured his food, studied the physiology and mechanics of the body, and dropped his body fat content to a lean 6 percent.

Grimmer’s work life kept him immersed in the healthy food world, too. He spent 1½ years working at the food company Clif Bar plus six years designing healthy food products at IDEO. When he became a father, Grimmer turned his attention toward feeding kids. In 2007, he launched Plum Organics, tasty, organic baby food in pouches and grew the company to $80 million in gross annual sales. Along the way, Grimmer’s waistline grew, too. He gained 25 pounds before selling Plum Organics to Campbell Soup Company in 2013.

To lose the weight, Grimmer dug into the data — his data. “The idea was to let my body do the talking,” said Grimmer. He had his full genome sequenced and a bunch of blood work done. Then he sat down with a team of scientists to analyze what his genetic makeup and a host of biomarkers, like triglyceride and blood sugar levels, could tell him about what his best diet plan would be. He found out that he was lactose intolerant and caffeine sensitive, and the team recommended that he put plant-based and lower-fat foods at the center of his diet. He lost the weight and then some. Grimmer’s experiment became the early prototype for Habit’s personalized nutrition plan matched to an individual’s unique body makeup.

Grimmer founded Habit (Habit.com) in January 2017 with a $32 million investment from Campbell Soup Company. Dressed in black sweats and trainers and sporting a baseball cap with the Habit logo in a recent interview, Grimmer was energized as he walked around the company’s new 25,000-square-foot headquarters near Jack London Square pointing out the kitchen and state-of-the art gym for the company’s 59 employees. “We have thousands of people across the country who have done the Habit test kit,” said the young CEO.

Here’s how it works: You start with the $299 Habit test kit. You fill out an online questionnaire with your core measurements, like height, weight, and waist circumference, and your lifestyle goals, like healthier eating or weight loss. After fasting overnight to get a clean read of your baseline metabolism, you prick your finger with a small lancet to gather several drops of blood and you also collect a DNA sample with a cheek swab. Next, you drink a densely caloric, high-fat, high-carbohydrate shake (flavor: vanilla with a hint of cinnamon) and take two more blood samples — one, 30 minutes later, and another, two hours later — to track how your body metabolizes fats and carbs in real time. Then you pack it all up in an express shipping container and send it off to a certified lab.

Habit analyzes your data with its patented algorithm and generates a personalized nutrition plan. You learn which of the seven “Habit types” you fall into. Grimmer is a Plant Seeker, which means that for his ideal meal, veggies and low-fat foods are good choices and that he can be flexible with carbs. Other Habit types include Fat, Pro Fat, Protein, Balance, Slow, and Range Seekers. The plan includes recommendations for your daily calorie intake, how your meals should break down among protein, carbs, and fats, and a list of “hero” foods to keep stocked in the pantry or frig and on your ideal plate. All of your data and Habit recommendations are accessible on a personalized dashboard via mobile device or computer.

Berkeley resident Meghna Majmudar, 40, had tried a host of diets — paleo, low-carb, green juicing, South Beach — without success and wanted a better relationship with food. “Turns out I’m a Range Seeker [her Habit type], which means 50 percent to 60 percent of my calories should come from healthy carbohydrates. That was such a relief, because low-carb diets were so hard for me,” said Majmudar. She opened up her diet to roasted potatoes and started to experiment with grains. She signed on for regular coaching with a Habit dietitian. Since getting her results in August, Majmudar has lost 7 pounds and 2 inches around her waist. Her sleep has improved, and she has reoriented her focus toward good health over weight loss. “Now I have a trusting relationship with food,” said Majmudar.

John Swartzberg, M.D., clinical professor emeritus at the UC Berkeley School of Public Health, and the editor of the UC Berkeley Wellness Letter, agrees that people do process foods differently, but he stressed that the science behind the connection between an individual’s DNA and a combination of biomarkers and how to promote healthy eating has not been established yet. And for blood tests, Swartzberg said adults concerned about their weight and nutrition should have a lipid profile, to measure cholesterol and triglyceride levels, and a fasting blood sugar done. These are important tests and abnormal values should be addressed with the support of a primary-care provider or dietitian, he added.

Initially, Habit also offered Bay Area clients a home-delivery service with ready-to-heat-and-eat customized meals, and Grimmer was a huge fan of the company’s culinary deliverables. Two of his favorites were the breakfast burrito with scrambled eggs, black bean, and grilled veggies and the frittata made with arugula, blueberries, and grapes. But Habit paused the meal deliveries in late December as it assesses the viability of scaling the service beyond the local market, according to a company spokesman.

The company is working to expand its digital diet tools with recipes, meal ideas, and diet tips and plans to offer a diet coaching subscription service early this year. Habit has connected with other Bay Area tech firms, too: 23andMe clients can upload their existing genetic profiles and get a discount on the Habit test kit. And Fitbit wearers can integrate their activity data with the Habit platform to adjust calorie needs and portion sizes.

“We want to help people curate their foods in all different ways,” said Grimmer. “We aim to help you become the best version of you through what you eat.” 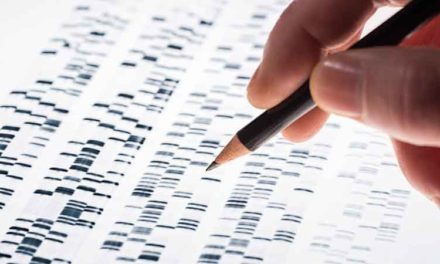 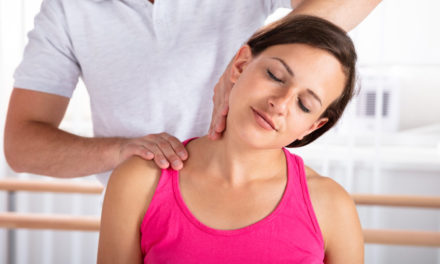 Things to Do on the Water 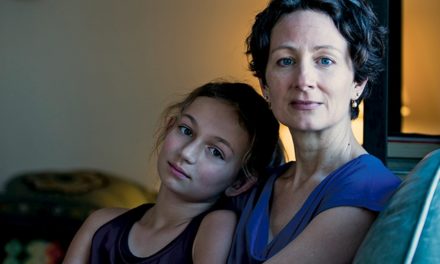