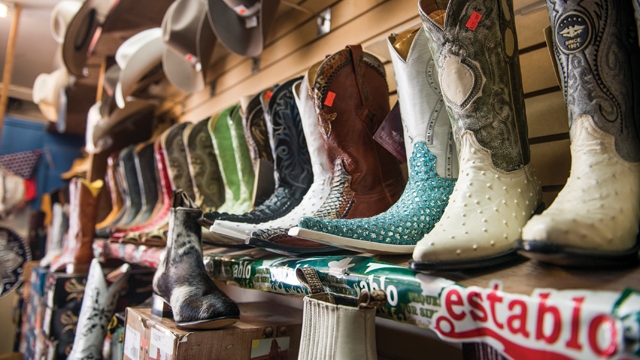 If you went to International Boulevard and High Street and peeked over a tall wooden fence 100 years ago, the curious brown eyes of an ostrich likely would have greeted you. The Golden State Ostrich Farm operated there in the Melrose neighborhood—which runs along International roughly from High Street to 54th Avenue—with as many as 75 birds whose feathers were sold to women’s hat-makers. The ostriches are gone, replaced by a taco truck, a clear indicator of change. With strong Latin-American and African-American cultural influences, Melrose is a neighborhood where pupusas and ribs are sold side by side.

If you’re planning on doing some boot scooting at Overland, Oakland’s country-and-western bar, first you’ll need to get dudded up. El Charro Western Wear is a small shop with a big selection, offering cowboy hats, spangled Western shirts, tooled leather belts, and boots for every occasion. Whether you’re looking for something steel-toed to get the job done, or you think white ostrich-skin boots would complete your urban cowboy ensemble, El Charro will turn you from city slicker to country kicker.

But not everyone appreciates a bejeweled toe on an exquisite pair of boots. Some prefer shoes they can really move in. Soccer Mania is a one-stop shop for jerseys, cleats, athletic wear, accessories, balls, and more. It caters to a wide audience, with jerseys for adults and children from teams across the globe and across the city.

At 100 years old, the Melrose Branch Library is one of six Carnegie libraries in Oakland. The Classic Revival building is composed of two rectangles with a rotunda and features a lovely marble foyer. This branch is known for its African-American fiction and Spanish language books and offers an array of community programs, including A Beautiful Mess/Desorden Magnifico, an after-school art class that encourages creativity, exploration, and lots of mess.

Housed in an old iron factory, Inferno Gallery takes its name from the burning fires that once lived within the building’s walls. Inferno is part of the larger Vulcan Studios and Vulcan Lofts complex, a loose affiliation of artists, performers, musicians, and creative workers who’ve been living and working in the space since the early ’90s. The gallery’s aesthetic favors eccentric art. Inferno provides acquisition, restoration, and appraisal services, commissions, and period reproductions. Upcoming exhibitions include Raw Intentions: New Works by Silvie Lukacova (check the website for dates and hours).

Are you a displaced Southerner craving an oyster po’boy and a steaming bowl of gumbo? Or just a Left Coaster who appreciates good food? Big Momma’s Kitchen offers Southern-style soul food in a relaxed, friendly atmosphere. All the meat is halal, meaning it is permissible by Islamic law. Stop by on your way in to the Raiders game for smothered turkey wings and buttered cornbread—two things you won’t find at the Coliseum.

No trip to Melrose would be complete without sampling the local taco truck eats. Whether it’s the carne asada tacos at El Taco Zamorano or the al pastor burrito at Tacos Guadalajara, you’ll go home fuller and happier. 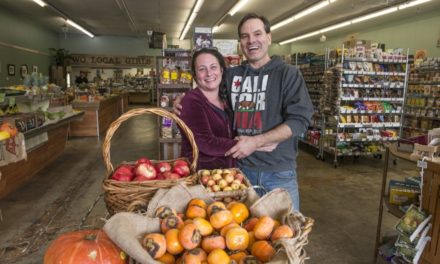 The Commercial Side of Glenview 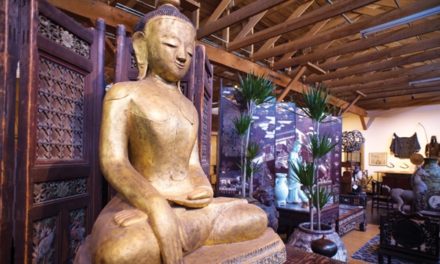 Another Side of Emeryville 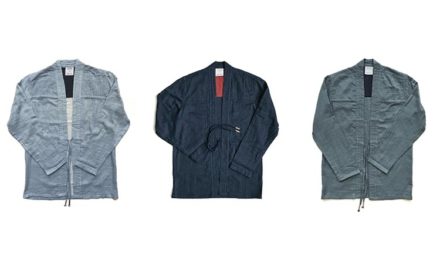 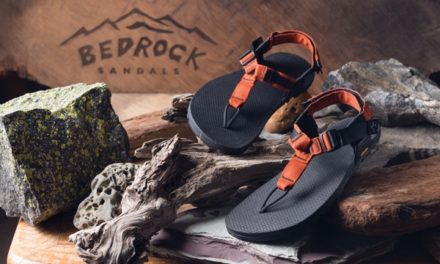