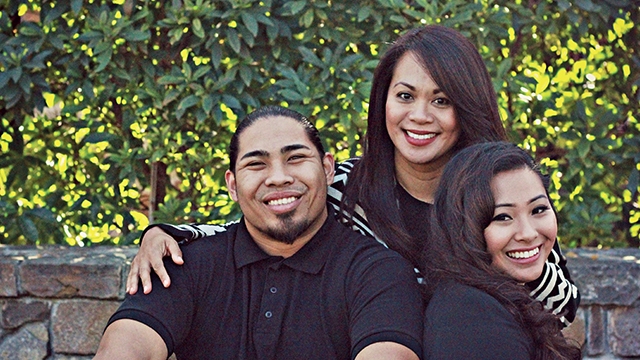 The author, Pati Navalta Poblete, with her son, Robby, and daughter, Julie.

In her new book, a mother shares her journey toward healing and forgiveness after her son was shot and killed in Vallejo. Part of the process includes removing guns from circulation and turning them into art.

When Pati Navalta Poblete learned that her 23-year-old son Robby was shot and killed, she let out a sound she describes as a “primal moan.”

Robby was killed in 2014 in Vallejo. Four suspects have been arrested, and a trial is slated for March. In the aftermath of her son’s death, Poblete, a former journalist and nonprofit executive, suffered from PTSD and was unable to drive, take walks alone, or sleep with the lights off. In A Better Place, she traces her difficult path toward healing.

In 2017, Poblete created The Robby Poblete Foundation, a nonprofit organization that takes unwanted guns out of circulation and works with artists to transform them into pieces of art. Called The Art of Peace, the program has been adopted by Solano and Alameda counties, San Francisco, and beyond, and the foundation has been named Nonprofit of the Year for the 14th Assembly District. In a candid interview recently, Poblete shared her perspective on grief, God, art, transformation, and forgiveness.

The Monthly: Why did you want to write this book and tell your story?

Pati Navalta Poblete: I had been writing letters to Robby, which I started a few weeks after he was killed. They were full of questions, and it became too painful, because in the end, I would never get a response.

I was also looking for books that were raw and honest about a parent’s journey after something so tragic. The only ones I could find were either religious or self-help books, and I didn’t want something that was prescriptive, because grief is so unique. The problem with those kinds of books is you’re comparing yourself to someone else’s grief, and if you’re not at a certain stage, you set yourself up for failure. So I set out to write the book that I wished was available to me during the depths of my despair.

TM: You share that you weren’t a devout Catholic, but you believed in God. Yet in your grief, you couldn’t listen to anything about God because it made you angry. Why was that?

PNP: What made me angry is when people used what they thought were Catholic beliefs to justify what happened. People would say, ‘This was God’s plan,’ or ‘God won’t give you more than you can handle.’ This notion of suffering as being an honor or a rite of passage—I hated it.

The dangerous part was I started believing it. I never got to the point where I was suicidal, but I remember waking up every morning wishing I was never born. If I were to believe this was His plan, what’s the point of it all? What’s the point of being a good person if it’s already preordained that we’re going to suffer? I was pissed. So I denounced it all.

I had to come to my own realization that this wasn’t an act of God; it was an act of man.

TM: You spent three days at a meditation retreat not long after Robby’s death. What was it like trying to be still with your thoughts?

PNP: It was very difficult. I was trying to do everything I could to escape those feelings, and this made me sit and face them. With Buddhism, what was a revelation to me was that pain is inevitable, but suffering doesn’t have to be. We perpetuate our suffering, and there’s a way out of that pattern. I was beating myself up a lot over everything, and Buddhism to me was about being kind to ourselves.

TM: How has your grief changed over time?

PNP: The first two years, it was unexpected and merciless attacks. I could be watching TV and smiling and then be hit with enormous guilt that I was smiling. I would remember what happened and physically feel a weight on my chest. It’s so severe.

As time wears on, you start to come to terms with it. It’s an ongoing dull grief as opposed to painful stabs here and there. I equate it to losing a limb. It’s never going to be the same, and you have to change your whole being.

TM: What advice would you give to people with a loved one who is experiencing loss? How can they be helpful?

PNP: Don’t try to explain or come up with justifications for what happened. Just sitting next to the person and holding their hand and telling them you’re there, that’s enough. Let them cry for as long as they want to without saying. ‘It’s OK; don’t cry.’ Even sending text messages like, ‘Just thinking of you; I’m here.’ That helped me a lot. One friend messaged and said, ‘I don’t know what to say, but I just want to cook for you.’ And that was enough.

TM: The Robby Poblete Foundation helps take guns out of circulation through its gun buy-back programs. Then artists transform the metal into pieces of art. Why was it important to you to have art be a part of this mission?

PNP: At the time Robby was killed, he was working at Genentech and learning how to weld. We were passing by a nursery once, and it had metal garden art, and he said, ‘I could make that for you, Mom.’

I remembered that, and when I thought about the gun buy-back, it didn’t feel complete. They get the guns off the street and then what? I didn’t want the message to just be confiscation and destruction. I wanted it to be transformation and beauty and hope, because that was mirroring my own journey. Tragedy can strike, and things can be created with the intention of destruction, but that can change. We can transform that if we allow ourselves to.

TM: Four suspects have been arrested in the case. You explain in the book that a trial is not going to bring closure, writing, “Only I have the power to give myself closure now, and that will be through forgiveness.” Do you feel forgiveness is possible?

PNP: I don’t know that I’m ready to face the defendants, but I will spend the rest of my life trying to understand and to forgive. People deal with pain in different ways. Some will try to break that pattern and do something positive, and for some, that’s all they know, and they perpetuate that pain by causing pain to others. When we look at each other on that human level, we’re able to show more compassion. They were all suffering in their own ways, and that’s what led to this moment, and that’s why my son isn’t here.

TM: In the acknowledgments of the book, you thank Robby for continuing to teach you how to live. What is he teaching you?

PNP: He was fearless. Whenever I hesitate, I hear his voice. He’s pushing me to go outside of my comfort zone and tackle whatever I’m fearing.

I have no explanation for the success that our foundation has experienced in the short time it’s been around—only that Robby is guiding it. It’s beyond what I ever expected. There has to be something divine happening, and I feel like he’s leading the way. 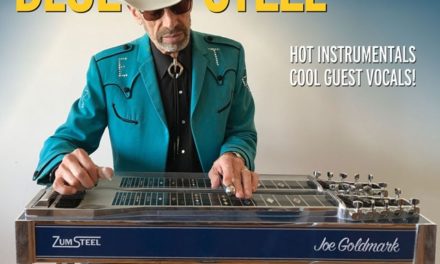 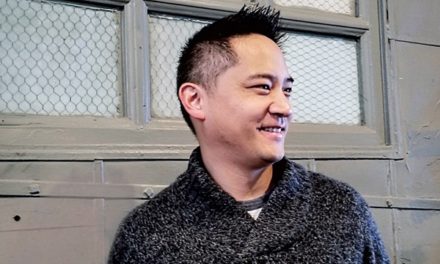 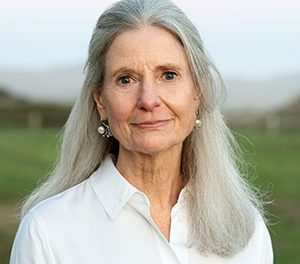