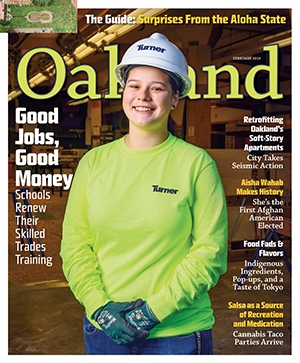 Lyme disease sufferers sympathize with Shona Curley’s Lyme disease article and express frustration over how little is known about diagnosing and treating it.

I deeply appreciate your article [“The Tick That Took Me Out,” Jan. 21, OaklandMagazine.com]. You are telling my story word for word. I, too, used Dr. Rawls’ program for about 18 months and did really, really well. I have the great benefit of being in Portland, where the naturopathic college trains its students in Lyme treatment. My LLND actually takes my insurance, although many of the treatments are not covered (of course). I think I would have taken my own life (neuro Lyme also) had I not met my current LLND, who told me to get in the sauna daily with chlorella to detox and open the pathways.

In six weeks time, I was starting to be able to piece together my thoughts. I still suffer Bart symptoms (numb fingers and toes, bladder pain, gut issues), but I can at least walk my dog and enjoy life to some degree. I learned to live day by day. If I feel good, I visit friends and live normally. If I’m having a “Lyme day,” I sleep and watch movies and hit the sauna.

We are the pioneers who will pave the way for the thousands and thousands who will get this disease from the increased levels of ticks due to climate change. I hope to be here, with my copy of Buhner’s book ready to share. And you’re not wrong about docs and women — we are dismissed far more easily. That’s the gift of Dr. Rawls and his view of us — he gets it. Hugs from Portland.

I saw an ad for CBD oil and how it cured Lyme. I ordered it, and the next week, I started taking it. I had zero expectations, but I stayed upright until 8 p.m. that first Saturday. The next day same thing. I have never stopped taking it since. My dizziness, vertigo, nausea, and depression stopped immediately. It is my miracle. I am not cured, but I have a lot of my life back. I traveled abroad last year — something I never would have considered. I wish that you all find your miracle.

As a suspected Lyme sufferer, people have no idea how it changes your daily life. Not only that, it steals your life, your attitude, and every single reason you woke up every day, but you are now in a stranger’s body that does not react the way it has for the past lifetime. I live in North Carolina, have suffered for seven years, and have been through test after test after test. Lyme isn’t here, it doesn’t last after antibiotics, it doesn’t cause those issues. Seems when you finally find a doctor that admits it, you have been dealing with for so long that it’s almost a normal life for you now. This disease truly changes your life and should no longer be called Lyme disease but Life disease.

Your choice of Senator [Nancy] Skinner for East Bay Person of the Year [“The Difference Maker,” January] was spot on. She has also been a strong supporter of health care. When budgets were tight and being cut, Senator Skinner worked tirelessly to keep funding flowing to PACE health plans and ADHC centers. Without her support, programs across the state would have closed due to lack of reimbursement for the care provided — forcing thousands of California seniors into hospitals and nursing homes. In 2013, CalPACE made her our legislator of the year. She’s an East Bay treasure.

Dan Kalb, thanks for this effort [“Fixing Oakland’s Death Traps,” February]. How do I know if my building (in your district) is red-tagged?

I love how they were approved from day one. 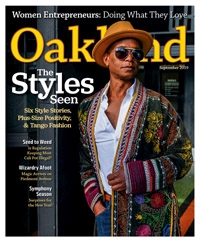 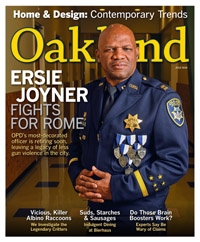 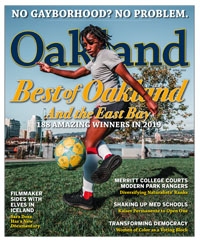 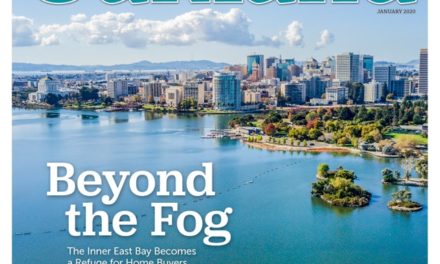