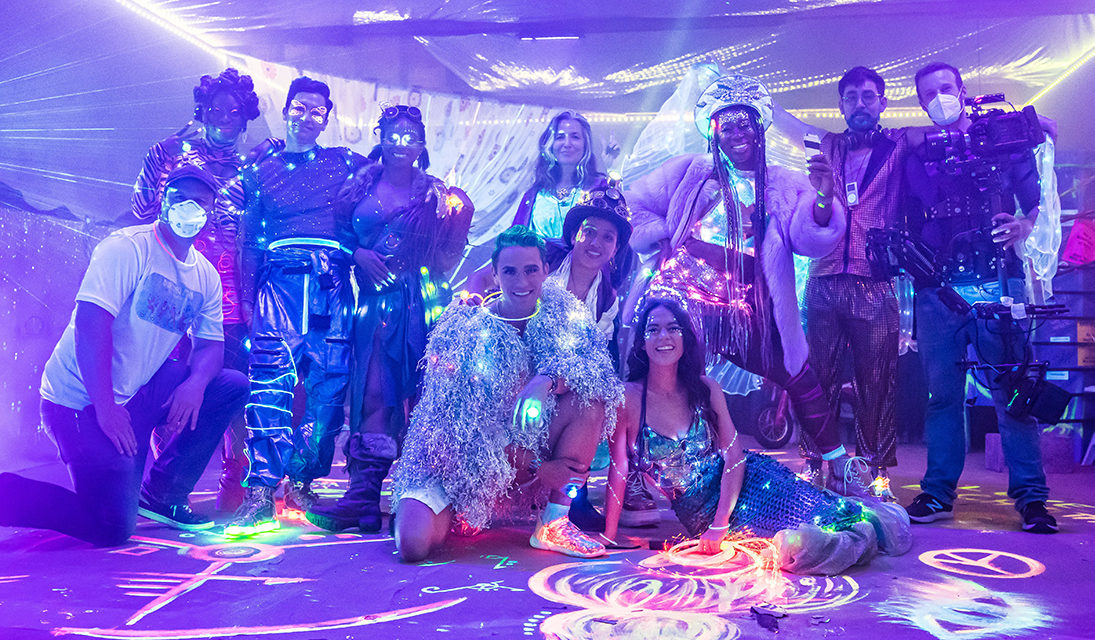 How a funny newspaper about Oakland led to a feature film

Burning Man: The Musical is a new film about the collision of techies and hippies in the desert. This musical comedy follows Molly, a promising young UC Berkeley grad as she returns to Burning Man — this time employed by the very tech company that, unbeknownst to her, seeks to destroy it. After being given the task of acquiring drugs for her boss’s exclusive party, Molly finds herself on a journey inward — and through the community of Burning Man — finds her truest self.

The film premieres on Broadway On Demand on August 27th. Get your tickets at http://burningmanthemusical.com/. We caught up with Matt Werner, the writer and creator of this film, and asked him about his latest project.

Q: How did this project start out? And what’s the connection to Oakland?

Back in 2013, I published a series of satirical news articles about life in Oakland with friends and ex-reporters from Oakland Local in a newspaper called Oakland Unseen.

Shortly after release, publications like The Bold Italic praised it as “Oakland’s Real Issues Covered in Fake Newspaper.” However, one article in particular went viral, being reshared on many Burning Man forums. It was a fake news report of a former war correspondent reporting from his week at Burning Man. The Onion-style article received praise in Burning Man circles with one Burner calling it “The most accurate thing I’ve ever read about Burning Man.” The catch is there was no war correspondent. I wrote it based on my oldest sister Kelly’s stories from attending Burning Man since the 1990s.

Q: But why write a musical about Burning Man?

I went to my first Burn in 2015 as an observer… almost like Norman Mailer taking notes on what I saw before me. But as I went back in 2016, and especially by 2017, the camps I stayed at welcomed me with open arms and showed me the true spirit of Burning Man. You could say I went from Mailer to Hunter S. Thompson.

The idea for a musical came about because Burning Man is a very musical and larger-than-life event. It’s played out on a seemingly infinite stage, and a lightbulb went off about creating an immersive theater piece set at Burning Man. Everyone is a participant at Burning Man. 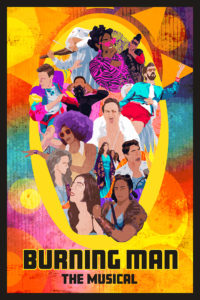 Q: Who wrote the music? Tell me about the first music video you released in 2015.

I teamed up with the composer Gene Back to create a 5-minute video back in August, 2015. We planned to just release the video on YouTube, and call it a day. But to our surprise, it was picked up by 130 media outlets, including Newsweek calling it “Bizarre, possibly brilliant,” Time Magazine saying “Steve Jobs would watch this.” And the San Jose Mercury even published the headline “Burning Man may be headed for Broadway.”

This was a real shock to me and Gene because there was no musical. We just had this 5-minute jingle at that point. But seeing the excitement about a satirical musical set at Burning Man, we launched a crowdfunding campaign and raised money to help make it happen.

Q: Tell me more about the development process and the 2019 reading in San Francisco

We held multiple readings and workshops to test the music and jokes in front of live audiences. The most notable one was one put on by the producer Danny Marin at Z Space in San Francisco in 2019.

We knew we were onto something when on a rainy December weekend, we sold out three readings and had to schedule a fourth. The Burners who were in the audience really connected with the humor and got that the piece is laughing with them and not at them.

Q: How did growing up in the East Bay influence this piece?

I grew up in Alameda, Oakland, and Berkeley. Taking writing classes at 826 Valencia taught by Dave Eggers and Stephen Elliott really helped me find my writing voice. I loved the ironic McSweeney’s style and also the writing of Michael Chabon and emulated that early on.

Another experience that had a large impact on my writing was taking Oakland author Ishmael Reed’s final creative writing class at UC Berkeley. I like Reed’s no-holds-barred takes and his wit, and he helped me get one of my first short stories published.

Q: Why the decision to release it as a film and not an immersive theater production?

The goal is to do an in-person theater production, or even bring it to the playa of Black Rock City. However, with the global pandemic shutting down theaters, the producer Danny Marin, director Tyler Milliron, and the folks at Streaming Musicals helped us film this musical on a soundstage in April, 2021.

Abiding by SAG’s strict Covid protocols, we pulled off this piece starring 10 Broadway and veteran actors. We had to pivot to make this happen during the pandemic, and I’m proud we were able to employ a total of 35 artists and crew during this difficult time.

Q: What do you hope audiences take away from Burning Man: The Musical?

It’s meant to be a summer musical comedy: high energy, hip hop, house music, and a lot of fun. That being said, you can’t sustain a feature-length work solely with jokes about hippie drum circles.

Like Oakland Unseen, the satirical paper this project grew out of, you can tell real news through comedy. Astute viewers of this film should see the parallels of the 1% taking over parts of Burning Man to the artists being priced out of Oakland and entire communities being uprooted.

If you’ll indulge me, I’ll share a speech late in the film. The protagonist Molly is standing in front of a crowd of people dressed as sheep at Burning Man. She wants them to join her in protesting her tech billionaire boss who’s trying to buy the desert where Burning Man happens. Molly is handed a megaphone. This is her moment, and she says:

“We are not going to BAA! into that good night and have our dreams deferred by culture vultures stealing what we create.

They have already gentrified my hometown of Oakland, but I gotta draw the line somewhere. And for me today, that line is here.”

Will Molly succeed in her mission? Please watch the film starting on August 27th to find out. Tickets are at http://burningmanthemusical.com/. 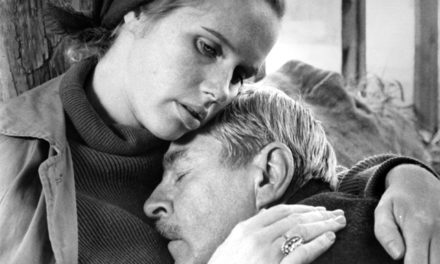 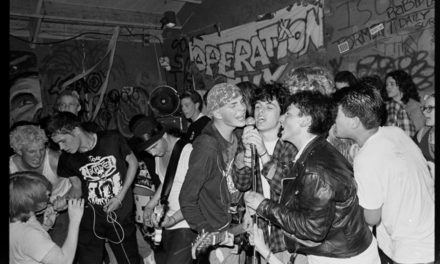 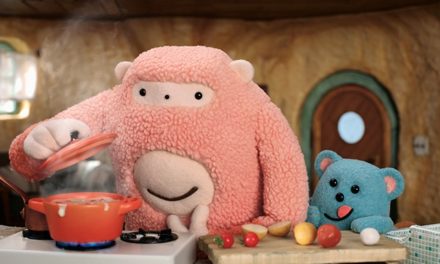 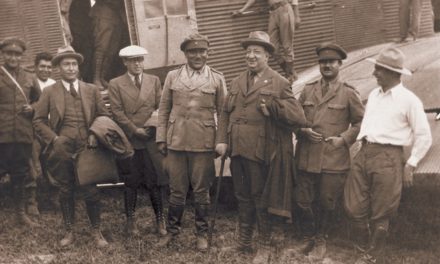 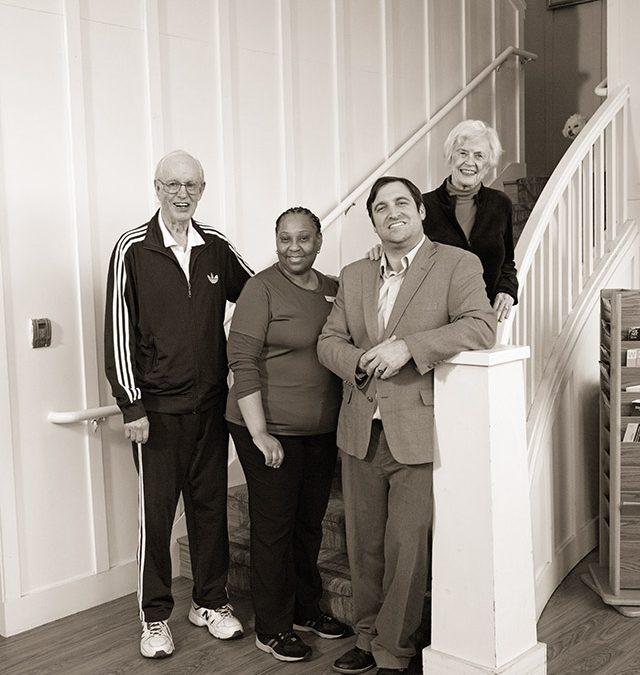 The Face of Senior Living