The Kilduff Files: Santiago Rizzo Has Made an Authentic Film About Coming of Age in Berkeley 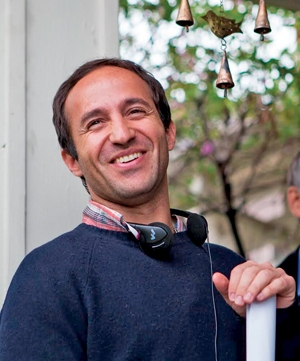 It’s also won awards. But will any movie studios distribute it?

When Berkeley public school history teacher and coach Tim Moellering encountered Santiago Rizzo in 1995, the Willard Middle School seventh-grader was on the verge of being expelled. With an abusive stepfather at home, Rizzo turned to the streets where his graffiti tag of “Quest” was well-known. But Moellering, who died of pancreatic cancer in 2011, saw Rizzo’s potential. A believer in the philosophy that there are no bad kids, only bad situations, Moellering took Rizzo (and his younger brother Patrick) into his home. Santiago and Moellering would go on to Berkeley High, Rizzo as a student and Moellering as a teacher. After graduating from Stanford, Rizzo became a high-flying hedge fund manager in New York City, but when he heard of Moellering’s terminal diagnosis, he returned to Berkeley to be with him. Together they wrote the first draft of what would become the story of their early relationship, the recently released film Quest. Despite garnering accolades such as best film at the Oldenburg International Film Festival in Germany last year, the film lacks a distributor. Still, Rizzo soldiers on—it’s what Tim would have wanted.

Paul Kilduff: What would your life be like if Tim hadn’t come into it?

Santiago Rizzo: I certainly would have spent more time on the street. I wouldn’t have learned integrity in the way that I understand it now. I’m not a big guy, and I would not do well in jail. So, I probably would have figured out something to stay away from jail, but I would have continued to run into massive problems later in life, because I would have not seen some of my shadows in the way I have. I would’ve been incredibly isolated in the world. I would not have had success, that’s for sure.

PK: You feel that strongly about his influence?

SR: Very strongly. I would not have understood what perpetuates the pain, which is continuing to lie. Tim taught me about integrity and watching his example and learning from him consistently taught me to stop lying.

PK: I read that at first, you struggled to trust him, but there was a turning point. What was it?

SR: I don’t know if there was a particular turning point; it just took a long time. I was scared Tim might have been a pedophile. I didn’t fully trust his intentions, even though his intentions are pure. But because I was a very skeptical child, I didn’t trust him. Actually, here’s a time: We bought a car together when I was 15 years old. I had my permit, but I didn’t have a license. And I took the car around the corner to show it off. I was living with Tim at the time, and I totaled a car across the street, swerving around the corner and into some gravel. I left the scene, and I parked the car somewhere else. I had crashed one of the kid’s mother’s car who I had been showing off in front of, and Tim wanted to kill me. I tried to hide it from him. It was probably one of the only moments in our history that he really considered fully giving up on me, and he didn’t. So, when he continued to have my back even in that situation, that’s when I think I fully trusted him.

PK: How did your mom feel about you living with Tim?

SR: My mother understood the situation. I think she thought it was healthier for me, and it’s something I wanted to do. I got emancipated when I was 16. I was already getting into trouble. I had been in a foster home for a brief period of time already. That’s not in the movie, but that happened. I was getting into trouble. Tim was a very positive role model for me. My stepfather didn’t want me around.

PK: You sold your house to finance this film, correct?

SR: That’s true. Where did you find that?

PK: One of the articles I read online. That’s a pretty big step. You’re really putting yourself on the line.

SR: Well, I put my life on the line, right, by sharing something so personal that could be judged, right?

SR: I did a lot of things that were not completely ethical as a kid to get to where I am now. I got a lot of love that I feel I needed to share and give back to the world for other kids as well. If my example can be used, and Tim’s empathy can be used to inspire other people and to not judge these kids in the future, then that’s a life well lived. And if I have to give up my house to do that, well maybe that’s a sacrifice I have to make. There’s no other way to make it. I tried to get producers to finance it; they wouldn’t help. I tried to get Hollywood; nobody wanted to help. They didn’t think that art could make money. They didn’t see that something like this could make money. And still, they don’t see it. I think they’re wrong.

PK: You shopped the script around?

SR: Oh, yeah. I took it to big agencies; nobody wanted it. And they didn’t think that a child that’s unknown, who’s carrying 80 percent of the film, could sell. I mean, the kid won best actor at Oldenburg. He’s an incredible actor. He’s incredibly engaging, but that’s been the situation so far. I hope it changes. So far, they don’t see buyers wanting this, but they’re out of touch with the audience, because the audience is very hungry for authenticity. I mean, we got standing ovations in Germany. We got standing ovations at the Mill Valley Film Fest. We won the audience award at Mill Valley.

PK: How’s it being marketed?

SR: Well, that’s probably part of why the movie hasn’t gotten out yet, because it is me, and therefore it’s been very difficult. People who watch this movie talk about it. So, I’m hopeful that that’ll just continue to flourish, and hopefully the industry will watch it, and when they watch it, hopefully they’re going to feel the same way about it. But they don’t see the whole movie, because they don’t think it’s worthy of money for them. Therefore, they’re not seeing it from my experience. Those that have rejected the movie haven’t watched the whole movie.

PK: Is that another way to get the movie out there?

SR: Right now, I think all options are open.

PK: Is your hedge fund career over now? Are you just going to make movies?

SR: I’m not sure yet. More shall be revealed in time. 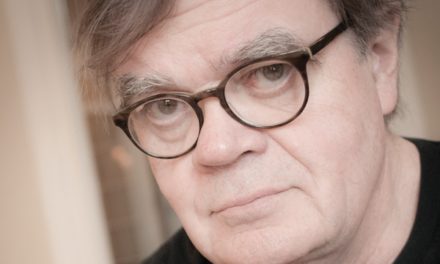 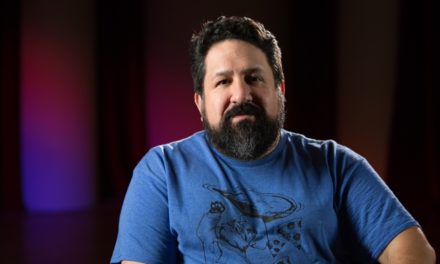 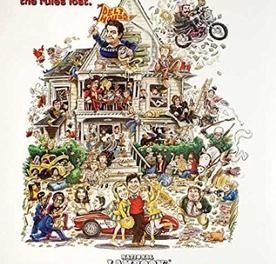 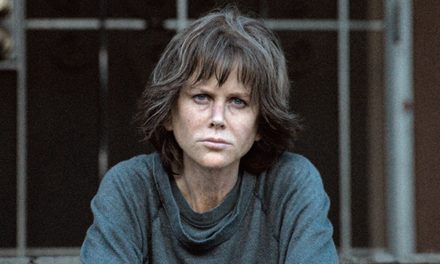