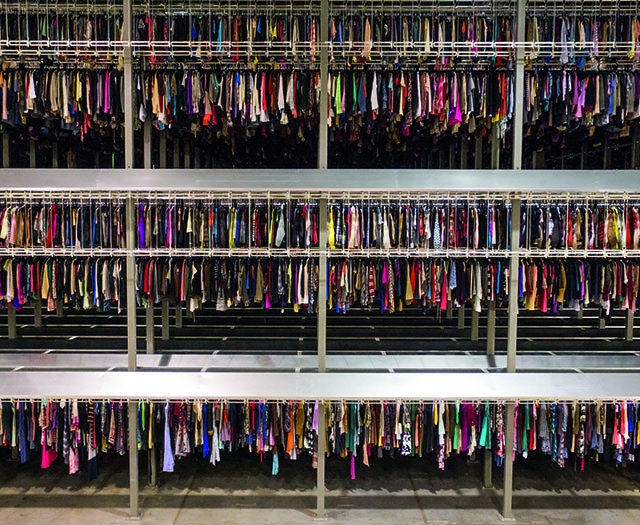 A company changing how the world buys secondhand takes root in Oakland.

ThredUP moved its corporate headquarters from San Francisco to Old Oakland as of October. Style lovers keen on sustainable fashion or the affordable allure of buying secondhand will recognize the thredUP name. Founded in 2009 to rival eBay’s peer-to-peer resale platform, the company has evolved in the ensuing decade to become the world’s largest apparel resale marketplace.

“In 2012, we realized customers wanted us to sell their clothes for them,” said CEO and Oakland resident James Reinhart. “We created the Clean Up Kit,” for sellers to mail in resaleable used clothes to receive money or store credit. Since 2009, thredUP has redistributed more than 65 million garments, neatly reducing landfill burden while also reducing the environmental drains of new clothing production. Now thredUP has four sites nationwide (and a Scottsdale, Arizona, site slated to open) totaling more than 600,000 square feet where company employees receive, inspect, photograph, and then list sellers’ clothing on the site. “We also have a styling service, like Stitch Fix,” Reinhart said, “but all secondhand. It’s a great way for us to convince skeptics that secondhand is not crap.” What started as Reinhart’s solution to his overburdened closet is now a company leading the shift in how buyers interact with secondhand goods.

In addition to thredUP headquarters, Old Oakland gained a thredUP retail store at 458 Ninth St. The boutique — along with locations in Los Gatos and Walnut Creek — provides a secondhand shopping experience that’s more curated than the typical thrift store. It’s an important experiment as Reinhart noted that 85 percent of apparel is still purchased in brick-and-mortar stores. ThredUP is further changing the game by partnering with Macy’s, JCPenney, and Stage. “The idea was to have those stores — which have incredible distribution — stay relevant by hosting secondhand pop-up stores inside,” Reinhart said. “The thredUP demographic is millennial, younger, hip, so it made sense to explore the partnership. So far, we are beyond excited.”

ThredUP is on the top floor of the Degler Block. The historic building dates from 1880 and spans a city block between Ninth and 10th on Broadway. ThredUP, in partnership with Noma Design and landlord 11 West Partners (the developers who purchased American Steel in 2016), restored the building to its former glory in a major revitalization project that took the building down to its bones. Constrictive cubicles, wall-to-wall carpeting, and covered-over windows from the building’s days as a Kaiser Permanente office were torn out. The pine flooring, more than a century old, was revitalized, sightlines restored, original skylights revamped, and the historic tile entryway (formerly buried under carpet) preserved.

The enclosed roof deck has been transformed into an atrium that will soon be available for community activities. True to the company’s reuse ethos, the company leaders sourced secondhand or ethically and locally made furniture and materials. Wood salvaged during the renovation was used to build the boardroom table. The employee kitchen boasts dishes and glassware thrifted by thredUP employees.

ThredUP’s headquarters employs approximately 130, but the office has space for 180, and Reinhart is anticipating hiring locally as the company expands. “I’m really excited about the engineering and design talent here in the East Bay. So many people are making the commute over the bridge to work in San Francisco, but there are so many talented people here.”

Along with the benefits of major companies like thredUp relocating to Oakland are the very real impacts of gentrification. Reinhart emphasized how much thredUP wants to integrate into the community. “I really would like readers, business owners, locals to reach out to us.” ThredUP partners with the Oakland branches of Girls Inc., Help a Mother Out, New Door Ventures, and Wardrobe for Opportunity, and wants to continue to get more involved. “We want to learn new ways we can engage,” said Reinhart, who created a dedicated email address ([email protected]) to open up a direct line of communication between thredUP and the Oakland community.

On Nov. 14, thredUP and the Sustainable Fashion Alliance are hosting a panel discussion on lessening your closet’s carbon footprint at the Old Oakland headquarters. The event is open to the public, but an RSVP is required. Learn more and shop online at thredUP.com. 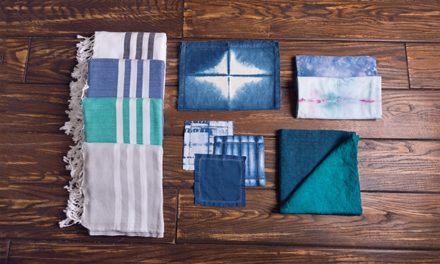 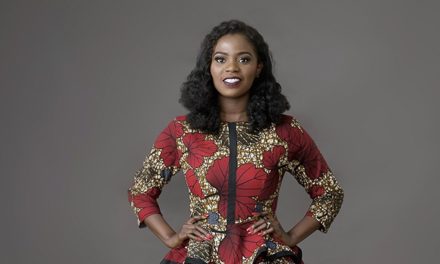 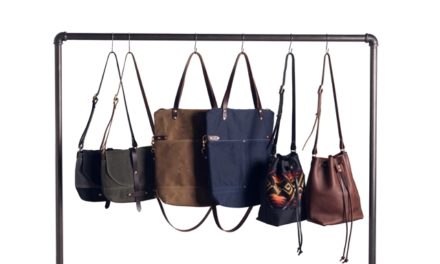 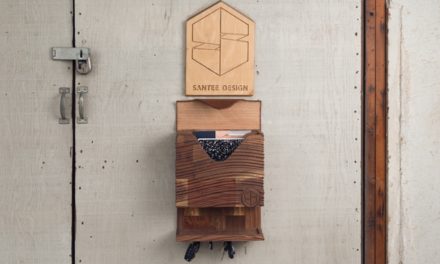